A PR/Communications Agency with one Mission:
WE TELL... YOUR STORY

Storytelling is Just That – Even for Businesses 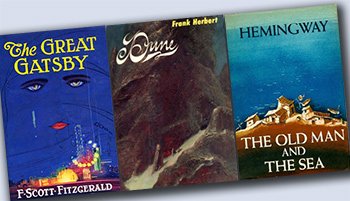 ISSUE 18 Does your company have a story to tell? Telling a story is another way to connect with your customers and prospects. No matter what your company does, or what it sells, you have an opportunity to tell your story. For many industrials companies with not-so-exciting products, you may have to “Hollywood” your story a bit. I don’t mean fabricate and make up features and benefits for your products and services, I mean telling your story in an interesting way that captures the attention of your readers. This is the approach I take in building Content Marketing and PR programs for my clients.

But before we can tell your story, we have to create it. That’s what the great storytellers do. They snag you right away. To elaborate on this, I am going to let some of the greatest classic writers show you how they did it, by presenting the first sentence from their wonderful novels. Some of these books are from my personal library. So consider these opening lines to inspire your creativity about how your company’s products and services make life easier, better, more productive and more profitable for others.

If you would like to talk about getting your story told, send me an email and we can set up a meeting to talk more. You would be surprised at the wonderful news and stories we can develop on your behalf to get your customers and prospects excited.

Norbert Hobrath believes in the power of content marketing, both in words and images, and the powerful combination of these two. For more than 30 years, he has developed interesting, informative and influential strategy and content for both industrial and service-based B2B clientele. He has also directed marketing and communications programs as Director of Marketing Communications for a worldwide manufacturing company, and as Communications Manager for the Fortune 500 American Greetings Corporation, and for a BASF chemicals company. He enjoys promoting corporate and product brands through effective storytelling. He is President & Chief Content Officer of Hobrath Group, LLC in Cleveland, Ohio. www.hobrath.com

See archive of all blog posts.